Fastest-Growing RIAs Based on Asset Growth, Number of Accounts 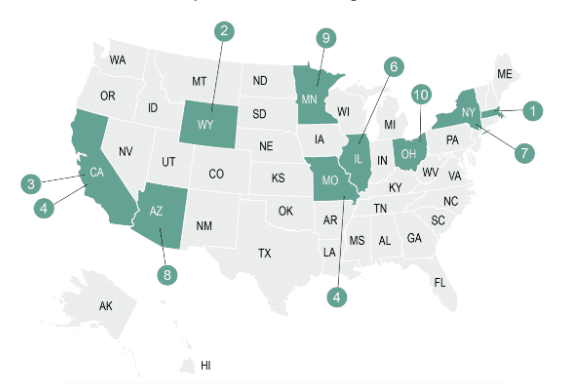 Integrated Wealth Concepts is the fastest-growing registered investment advisor firm, based on an analysis of client assets and number of accounts over the past three years, according to financial resource company SmartAsset.

The firm’s client assets grew from $550 million to nearly $3.5 billion during that three-year period, while its number of client accounts grew from 3,500 to almost 16,400, SmartAsset says.

In the last year alone, Integrated Wealth’s client assets grew by 158%, while its number of client accounts grew by 87%, SmartAsset adds.

Most of the 10 fastest-growing registered investment advisor firms were established within the past decade, according to SmartAsset.

Integrated Wealth, also known as Integrated Partners, was founded in 2016, making it the youngest RIA in the top 10, according to SmartAsset.